In particular, the UX improvements to WeChat Moments and Channels are a clear sign of WeChat’s growing adoption of livestreaming and social trends in Mainland China.

Let’s explore WeChat’s April 2021 update so that you can better understand how to engage WeChat users in China.

Before the update, users could only post videos of up to 15 seconds on WeChat Moments.

After the latest update, users can now post videos 30 seconds long, while longer videos of up to 60 seconds can be shared through Weishi—Tencent’s short video app that lets WeChat users directly post and share videos from the app onto WeChat.

In prior versions, personal statuses only featured text, which limited user customizability and modes of expression.

WeChat’s April 2021 update allows users to write or select from a range of default personal statuses, with added freedom to share their location and include pictures and hashtags. Users can also now easily view the statuses of their WeChat friends just one click away from their personal status. 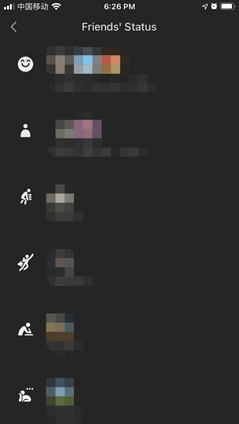 WeChat is still predominantly a social networking app, so privacy options are inherently available—such as choosing which groups or friends can view their WeChat Moments.

After the new update, however, the privacy options have also been extended to other WeChat properties, including:

Emoticons have long been a huge fad among WeChat users when chatting, especially since some emojis can be customized.

With the demand for emoticons ever-increasing, WeChat’s latest update now lets users collect and save up to 999 emoticons, instead of the previous 300.

Limit for WeChat emoticons increased to 999

Hashtags on WeChat are primarily used to search and collect relevant articles by topic, where users get notified of article updates after subscribing to a hashtag. With video consumption and social networking on the rise in China, particularly over the past year during the pandemic, Tencent is further improving how different forms of media are consumed and circulated on WeChat.

Going forward, it’s expected that Tencent will continue building on these features.

Ready to engage your audience in China?