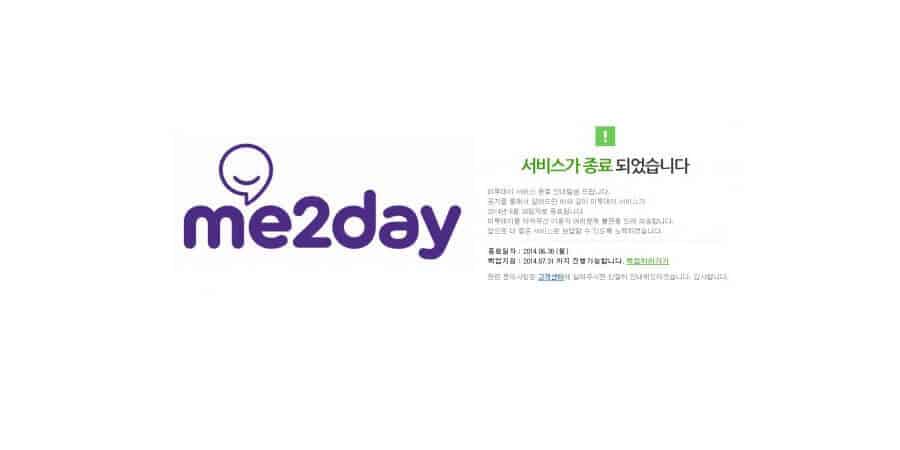 As we have previously covered, Naver announced the end of its Microblogging platform Me2Day last year in 2013.Me2Day started in 2007 and at its peak time in 2009 it received 3 million visitors, which was more than Twitter at that time. However, due to the fierce global competition, the service was finally terminated on June 30th, 2014 and it is still possible to retrieve the backup data of your account until July 31st, 2014 under this URL.

Let us know your experience with with Me2Day or other social media platforms in Korea in the comment section below!