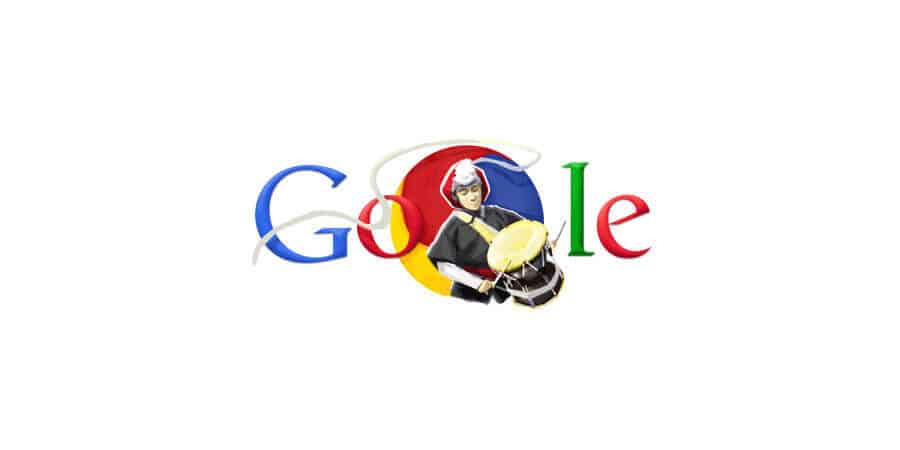 It’s hardly a stretch to say 2011 has been rough for Google in Korea, but its troubles began well before this year. With such a miniscule share of the Korean search market (2%), it seems as if Google has yet to put its best effort into the Korea market, but the increasing importance of mobile search and the rise in prominence of their Android mobile operating system may be making Google take a second look at this small, yet valuable Asian market.

Now, with executive chairman Eric Schmidt’s recent visit last month, speculation is circling around the possibility of Google purchasing Korea’s second most popular search engine portal, Daum. Let’s take a look at the current situation of Google Korea and recent developments over the past year to see how these factors may have influenced this possible decision.

As the far and away leader in the global search market, Google isn’t exactly used to be being the underdog. Due to dominance in the Korean market by local portals, Naver and Daum (occupying a 70% and 12% market share respectively), Google struggles to maintain a wimpy 2% of all Korean searches.

So why is it that Google, synonymous with search in most parts of the globe, is so insignificant in Korea? Cultural differences in search habits account for the majority of the reason behind Google’s failure to catch on in Korea. Whereas internet portals in the West went the way of the dodo as improvements in search algorithms made search results more relevant, they continue to be the preferred medium to access content throughout Korea and other parts of Asia.

As we’ve mentioned in earlier posts, Korean searchers rely on portals to tell them what content they’re looking for, rather than the searcher telling the portal what they’re looking for. This can be demonstrated by a taking a look at a search engine results page (SERP) on Naver or Daum. Paid ads, as well as content from the portal’s own products make up the lion’s share of results, while natural search results are pushed far, far down the page. (My scroll wheel finger hurts…) Even though Google, breaking with its usual simplicity of their other global properties, has adopted an approach much more along the lines of the other portal leaders, analysts believe that they have still failed to ‘get’ the Korean audience. Google’s focus on natural search results has been deemed “not appropriate for Korean search culture” by many searchers.

As if getting consistently beaten up in the marketplace wasn’t enough, in May of this year, Google’s Seoul office wasraided by Korean authorities after accusations that their mobile advertising platform, Admob, illegally collected location data of its users without consent.

While Google wasn’t the only search provider affected by the probe, (Daum’s offices were raided as well under the same suspicions), nor was Korea the only government to look into such concerns (similar accusations have been made in several countries throughout the world, including the US, the UK, and France), these allegations certainly weren’t helping Google’s PR in Korea.

Last week, Google was cleared of charges, ruling that while the company did collect location data from its users, this information was stored anonymously and could not be used to identify individual users.

Only a few months after the first probe, Google’s offices were raided yet again in September, this time in response to accusations of anticompetitive practices in their Android operating system. Competitors Naver and Daum alleged that Google banned South Korean phone manufacturers from including third-party search applications on their devices, and delayed certifying handset makers that did otherwise. Once again, another issue non-exclusive to Korea, but these accusations served as another kick to Google’s side while it was down.

With all these troubles Google has been having, it’s no wonder Google could be looking for a way to gain a greater foothold in the attractive Korean market.

During Eric Schmidt’s visit to South Korea last month, rumors of a potential purchase of Daum by Google circulated around the internet, fueled by a statement by Google officials stressing that Schmidt’s visit was more than just a “diplomatic gesture”, and Google’s investment will be “large and substantial”.

Google already maintains a partnership with Daum, powering paid ads on the site since 2007. With this pre-established relationship already on the books, is a complete takeover the logical next step?

What a Google / Daum Deal Would Mean

The buyout looks like it could be a win-win situation for both parties. Google would bring its unrivaled search algorithm and processing power, while Daum could provide cultural insight in addition to access to their line of products and mountains of valuable content.

Not only would a Google buyout increase the quality of their services, but it would finally start to close the gap between them and leader, Naver. Even with Google’s expanded market share growing to 14%, Naver would still find itself in a comfortably dominant position. However, the purchase would be symbolic of a renewed effort in Korea by Google — one that may turn Naver’s head and keep them wondering what they have up their sleeves next.

A month after Schmidt’s visit, rumors of the purchase have quieted a bit. Even if Google made a bid to purchase the internet portal, analysts are skeptical about the chances that a deal would go through, given the protectionist business environment in Korea. Still, there’s no doubt that such an acquisition would cause quite a stir in the Korean search market and create a small crack in Naver’s dominance of the region.