What are the Most Searched Keyword Terms in Japan 2012? 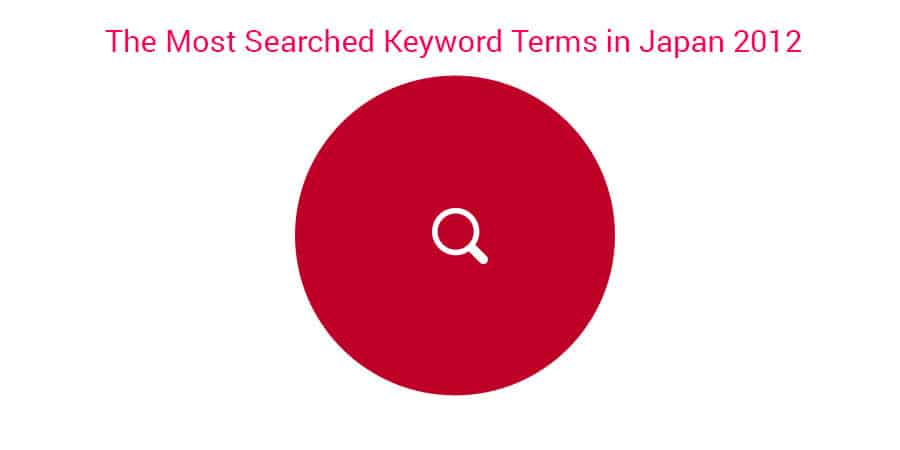 Punctually at the end of 2012, the two biggest search engines in Japan, Google Japan and Yahoo! Japan, published the most popular keyword terms for 2012.

The overall most popular keywords on Yahoo! Japan for 2012 are ‘YouTube’, ‘Facebook’ and ‘Amazon’, followed by ‘Tenraku’, ‘Google’ and ‘Mixi’. Below you can find the top ten of the overall most popular keywords as found on the Yahoo! Japan website. The column on the right side presents the changes compared to last year. Especially Facebook seems to have gained a lot of popularity compared to last year. For more detailed rankings and all the other categories, just take a look at the report, there are some pretty interesting findings (e.g. Facebook even made it to number 1 in the smartphone search category).

Here is an overview of the general keywords rankings 2012: Hot topic keyword rankings for 2012 are divided into no less than 16 categories. Some example categories are News, People (male, female), Politics (worldwide, local), Recipes, How to…, or TV Dramas. Here is the overall top-ten list for all Hot Topic keywords. Regional (or in Japan’s case prefectural) rankings for 2012 can be found here. By scanning over the findings, you can see that many Japanese people searched for fireworks and a very new trend of mass-meetups on the street called ‘街コン’ in their neighbourhood or prefecture in the last year.

Summarising the statistics of both search engines, I would say that Facebook is the biggest winner this year followed by the usual web giants (YouTube, Amazon, Tenraku) and a focus on travelling when it comes to company searches (4 out of the top 6 companies are from the travelling industry).

What do you think about the Japan rankings for 2012? Leave a comment and let me know!